Persephone used to be a happy, carefree fairy. Her days were spent lounging under rose bushes, sampling honey from the nearest hive and staring lovingly at her collection of shiny things.
Then one day, Persephone discovered Blue Magic. It only took one time for her to become hooked. She became the richest fairy in the land, but because of Blue Magic’s side effects, she was also the saddest and never smiled again.

Nodrik and his brother gnomes are older than most residents
of Merrihaven. There is a rumor that they are older than Boggle
Hole, which is quite old. No one really knows the life span of a
gnome, because there’s no documentation. They do make a mean
bog ale and it’s quite possible the answer lies within its ingredients.
#addalittlemagic #maxhamby #read #mglit #books #ebook #epub
#family #kidlit #TheWeekend #mom #ChildrensBooks #art #digitalart
#illustrator #moms #parents #blogger #mustread #love #travel
​#food #shop #sale #adventure #blog #kids #cute

All the stones are powerful in their own right, but the Blood Diamond has magic even Max doesn’t know about. It is limitless and can mimic the other stones. That is because the dragon it belonged to was the oldest and the strongest of all.
#addalittlemagic #maxhamby #read #mglit #books #ebook #epub
#family #kidlit #TheWeekend #mom #ChildrensBooks #art #digitalart
#illustrator #moms #parents #blogger #mustread #love #travel
​#food #shop #sale #adventure #blog #kids #cute

Lord Brinley Cragmore was an explorer, collector and a gambler.
He explorations took him to the far north where it was said
the Staff of Renewal was hidden, but a wizard got their before
him. He offered the wizard anything his heart desired, but
the wizard refused to hand over the staff.
Lord Brinley feigned acceptance of his defeat and prepared to leave, but whipped around with a dagger in his hand and threw himself at the wizard. There was no contest between the two and Lord Brinley should have known that. The wizard laughed, waved a hand in the air, then disappeared with the Staff of Renewal.
Lord Brinley’s life was changed forever. He lost everything and was forced to join a traveling sideshow until the end of his days.
#addalittlemagic #maxhamby #read #mglit #books #ebook #epub
#family #kidlit #TheWeekend #mom #ChildrensBooks #art #digitalart
#illustrator #moms #parents #blogger #mustread #love #travel
​#food #shop #sale #adventure #blog #kids #cute

#Coffee, #amwriting, #amediting, #art on the agenda. They may or may not happen.
It is Monday and the #coffee is slow to kick in. Feeling a bit schlumpy today.
(LOL. Just looked up schlumpy. Didn’t realize it was a real word. Thought I made it up.)
I hope you’re all doing well & feeling fine. Sending #positivevibes your way. 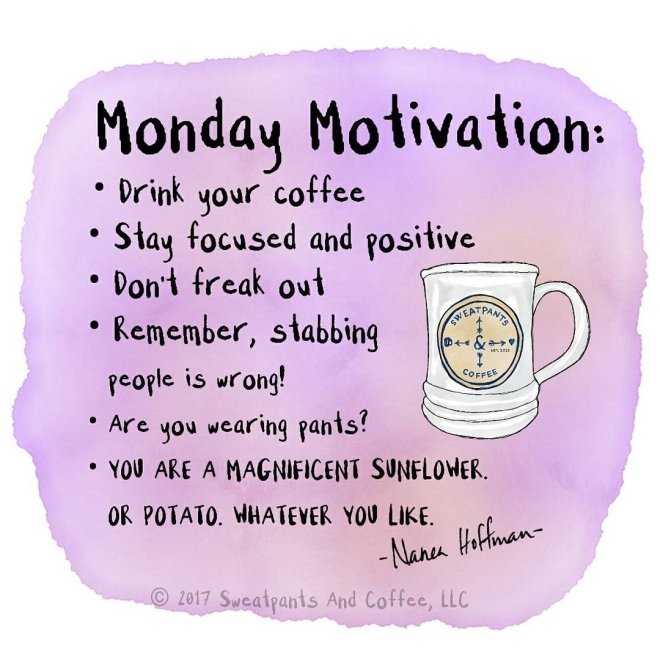 The Faeryn weren’t always wingless creatures.
There was a time when they resembled fairies so closely, it was hard to tell the two species apart.
The Faeryn and fairies were very competitive with each other and as the years past, the competitions grew more and more ugly.

The Faeryn king and several of his guards attempted to retrieve the dagger with magic and without disturbing the witch, but she woke up and assumed the Faeryn were trying to steal from her. One of the king’s guards snatched up the dagger, as the witch placed a curse on them all. Their wings shriveled and fell off. The Faeryn were left flightless.Their hatred for the fairies grew tenfold, but without their wings they would not seek revenge. They moved deeper into the forest and became reclusive.

There was a time when fairies and pixies were friendly and worked together, but that was a long time ago. The fairies looked down upon and took advantage of the pixies due to their small stature and lack of strength. The pixies grew to resent the fairies and perceived them to be uppity know-it-alls. They spent many a day, and some nights, sticking out their tongues and blowing raspberries. It did not have the desired effect and they moved on to create their own community, where they soon became uppity know-it-alls, too.
#addalittlemagic #maxhamby #read #mglit #books #ebook #epub
#family #kidlit #TheWeekend #mom #ChildrensBooks #art #digitalart
#illustrator #moms #parents #blogger #mustread #love #travel
​#food #shop #sale #adventure #blog #kids #cute

“Little boys jump, but they do not know where.
Into the mouth of the demon lair. Hold still and you will see, in his hand is the key.
Fire and brimstone. Brimstone and fire. Your ally is clever, a thief and a liar.
All is not lost. You can turn it around. Only for a moment will all be well, peaceful and sound.” Alice.
#addalittlemagic #maxhamby #read #mglit #books #ebook #epub
#family #kidlit #TheWeekend #mom #ChildrensBooks #art #digitalart
#illustrator #moms #parents #blogger #mustread #love #travel
​#food #shop #sale #adventure #blog #kids #cute